The 2016 World Medical Innovation Forum focused on cancer and opened with a wave of young investigators highlighting promising developments in a series of rapid-fire presentations. Recurring themes of the First Look session included the use of RNA in-situ hybridization (RNA-ISH) as a diagnostic tool, liquid biopsies for exosome analysis, and precision medicine approaches to patient care. Multiple presentations also highlighted the capabilities of the AMIGO suite at Brigham and Women’s Hospital, which uses intraoperative imaging to guide precise localization and analysis of patient tumors during surgery.

Attendees then had the chance to liaise with established Harvard Medical School faculty over lunch during the Discovery Café session, which paired interested Forum attendees with renowned leaders in their respective fields. Nearly 30 faculty members covered topics such as immunotherapy, diagnostics, therapy resistance, and the potential of CRISPR for research and therapeutics.

The Forum plenary opened with David Torchiana, MD, CEO and Anne Klibanski MD, Chief Academic Officer of Partners HealthCare, who welcomed an audience representing more than two dozen countries and introduced a program filled with high-caliber speakers and hot topics including immunotherapy, epigenetics, and bioinformatics. They emphasized the importance of collaboration to accomplish the goal of providing better care and support to cancer patients and their families and noted that the “engine of innovation is running better than ever” as we seek to push the boundaries of the many diseases collectively known as cancer.

Partners HealthCare announced the Disruptive Dozen, 12 technologies predicted to have the greatest impact on cancer care in the next decade. The main stage was filled with 12 influential leaders in cancer research and clinical care from Massachusetts General Hospital, Brigham and Women’s Hospital and Dana-Farber Cancer Institute, who came together for an exciting and insightful discussion around these state-of-the-art medical technologies and what they mean for the future of the field.

A full recap of the 2016 event is located here: worldmedicalinnovation.org/past-forums First Look: The Next Wave of Cancer Breakthroughs

A War or Moonshot: Where Do We Stand?

Early Detection and Prevention of Cancer

Study Designs to Meet the Challenges of Personalized Cancer Medicine 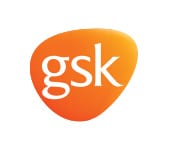